One More Jewel for the Clark County Crown

We’ve highlighted some of Clark County’s most appealing features over the past few months, from educational opportunities, to the proximity of natural wonders, and the abundance of locally brewed craft beer (in no particular order). Next year, Clark County will have yet another feather in its cap. 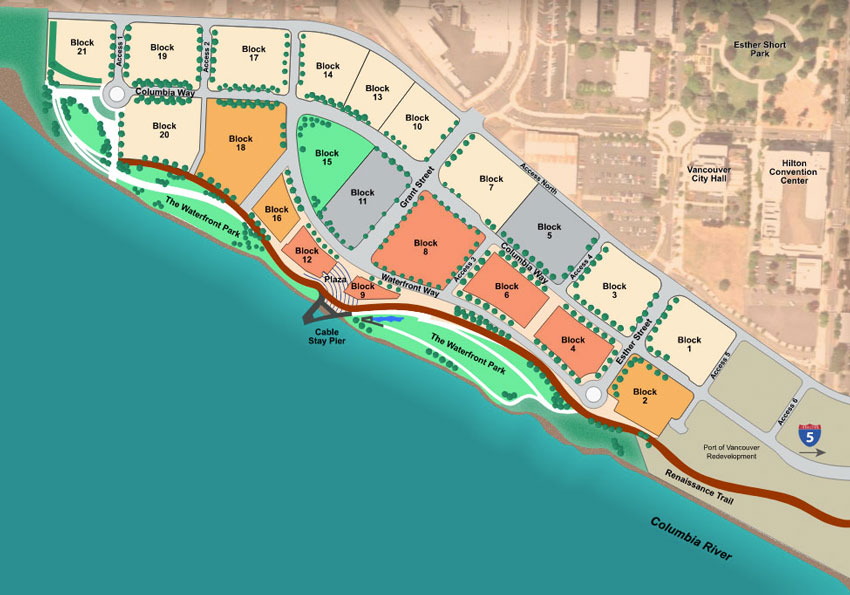 With a few sandy beaches and a handful of restaurants, Clark County citizens have enjoyed being located on the Columbia River for years. However, The Waterfront Vancouver, a project currently being built just west of the Interstate 5 bridge, promises to be a game-changer, introducing a massive upgrade to downtown Vancouver.

Upon completion of the master plan, the project will encompass 20 square blocks, spread out over 32 acres, and feature 1.25 million feet of office space, 250,000 feet of restaurant and retail space, and more than 3,000 housing units.

Highlights of Phase 1: The Waterfront Vancouver

Eateries at The Waterfront Vancouver

The pier will extend out over the Columbia River, acting as the focal point for the project and tying together the waterfront park, restaurants, and other retail spaces. Ghost Runners Brewery, Twigs Bistro and Martini Bar, and WildFin American Grill are three eateries already slated to open in the summer of 2018. These restaurants will be housed in two of the buildings currently under construction.

Ghost Runners Brewery owner and brewer Jeff Seibel said, “I was blown away by the plans and vision of Gramor Development for the Waterfront project. We were honored to be approached by Gramor and felt strongly that it is a once in a lifetime opportunity to open a location there.” He and his wife and business partner Amy call the Felida area home and understood immediately that the Waterfront will transform Vancouver’s identity. Jeff continued, “It will put Vancouver on the map as a destination. People are beginning to recognize that living in Vancouver is cool. We are not Portland, and we’re proud of it.” 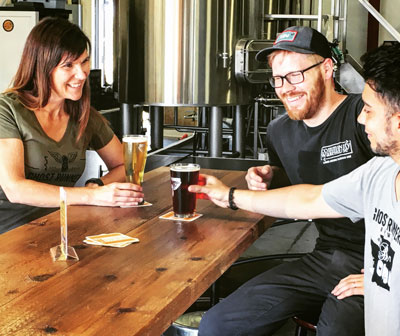 The Waterfront Park will offer an extension of the 5-mile Columbia River Renaissance Trail currently hugging the banks of the river. The park will feature picnic areas, expansive green spaces, riverfront access, and will be anchored by the interactive Columbia Basin Water Feature, offering something for young and old alike.

The Columbia River has always been a part of Vancouver. With the Waterfront, Vancouver will finally be taking full advantage of it, and all of Clark County can join in on the fun.