More than 120,000 people have moved to Clark County, WA since the year 2000, and before that, it had been one of the fastest growing counties in the country. Vancouver, WA has been gaining the most residents of the county while Ridgefield, WA is one of the fastest growing cities in the state. Camas, Washougal, Battle Ground, La Center, end even Yacolt all gained residents in 2016.

Those of us that have lived here for the past 10, 20, 30 years or more know why. But for those of you who aren’t familiar with the advantages of Clark County, here are a few of our favorite things.

No matter what you like to do outdoors, Clark County is perfectly situated for all kinds of activities. Spending time near the water, hitting the slopes, or just taking in nature’s beauty with a 4-mile hike are all within an easy day trip – or even a mile or two away. 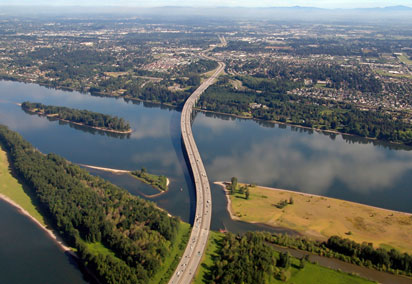 The Columbia River frames Clark County to the south and west.

The Columbia River frames Clark County to the south and west, the Lewis River to the north, and the Washougal River to the east. If lakes are more your thing, Vancouver Lake is to the southwest, Lacamas Lake to the east, and Lake Merwin and Yale Lake are found to the north. These bodies of water are great for boating, fishing, swimming, and just overall recreating.

If you prefer your water a little more expansive, the Pacific Ocean is a ninety-mile drive west with an array of eclectic beach towns dotting the coast where you can satisfy your cravings for saltwater taffy to blown glass, or long days in the sand flying kites and making castles to hikes with lofty views.

From the wet stuff to the white stuff, Mount Hood is located about 90 miles to the southwest of Clark County. Mt. Hood Meadows and Timberline are the major ski areas, but Ski Bowl, Cooper Spur, and Summit also offer lifts and runs. As a side note, Timberline Lodge was used for exterior shots of the Overlook Hotel in the Stanley Kubrick movie, “The Shining.”

If using your own two feet to get around is more to your liking, Clark County has more hiking options than you can shake a walking stick at! There are several paved or gravel paths in the immediate area, including the Columbia River Renaissance Trail, Lacamas Park Trail, Salmon Creek Greenway Trail, and Burnt Bridge Creek Trails. For larger, more difficult hikes, the Columbia River Gorge is the place to be. Dog Mountain, Cape Horn, and Table Mountain all offer hikes over seven miles long and elevation gains of over 1,300 feet. 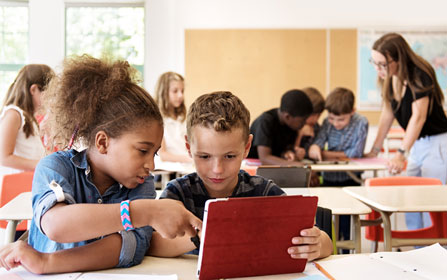 Clark County is home to some top notch educational options.

With apologies to Pink Floyd, Clark County is home to some top notch educational options. There are language immersion programs in several elementary schools, including Spanish and Chinese, and magnet programs offering culinary, STEM, Art, and other areas of specialization for high schoolers. There are nine school districts in Clark County, the largest of which are Evergreen and Vancouver school districts, as well as the Washington State School for the Blind and the Washington School for the Deaf, both of which offer day school and on-campus residential programs.

For those looking at secondary school options, Clark County is home to Clark Community College and the Vancouver branch of Washington State University (WSUV). Clark College has been in operation for 80 years and is the “second largest single-campus provider of for-credit classes in Washington’s community and technical college system” according to their website. Clark College offers Arts & Humanities, Business & Office, Computer Technology, STEM, and other programs to help students gain their associate degree.

Established in 1989, WSUV first offered classes for juniors and seniors. In the Fall of 2006, four-year programs were added. Today, WSUV offers bachelor’s, master’s, and doctorate degrees in more than 40 fields.

And, while Timberline Lodge has The Shining, Clark College also has a claim to fame from the movie industry: actor Sam Elliott was a 1965 graduate.

Yes. It rains. Sometimes a lot. According to NOAA, Clark County spends half the year dealing with some form of precipitation and averages around 42 inches a year. How else do you think everything manages to stay so green?

For the most part though, Clark County has a mild climate, with a few freezing days in the winter and the occasional triple digit day in the summer. Winter can hit the northern and eastern parts of the county a little harder, as higher elevations and the Columbia Gorge winds bring snow and ice.

There is a payoff though: late Spring, Summer, and early Fall produce pleasant high temperatures, comfortable lows, and lots of blue skies. When the thermostat hits 60, it’s time for outdoor grilling, walks along the river, and visits to the playground. Just make sure to bring a light jacket.

The mountains, rivers, and rain have been a part of Clark County long before any of us. In our next blog, we’ll discuss some of the new perks that make this area even more inviting.